his right hand fit perfectly around both of alan’s wrists. his small arms hung in front of him, he assumes resistance is pointless. robby uses his left hand to grip his bearded chin, redirecting it to his own sour face, which was drenched in sweat. his veins pulsated with every exhale, the breaths stung alan’s skin. long fingers dabbed against slightly bruised cheeks, soon sliding against his gums, and hooking a corner of his mouth to reveal his teeth. he inspected his eyes, almost as if he was scanning for specks of vulnerability.
the world turned to its side and his face was crushed against the sofa. robby used a pillow to hold down the back of alan’s neck. for a moment he felt relieved, it hurt to be so harshly pressed against the cushion, but he appreciated how soft and plush it felt. he appreciated his view of the dark rug and the contrast it had with the dim golden light bleeding in from the next room. it’s nice to look at your surroundings with a different perspective. it was nice watching bokeh pour in as he lost his breath. robby didn’t loosen his grip until he started squirming, which didn’t take long. with that, he slammed the pillow onto his lower back, “GET UP.”
robby waited for him to finish gasping for air, but when he heard coughing he knew it was his cue to continue. he grabbed alan’s neck and jerked it up, now using it as a handlebar to keep his face from turning away. he saw the tears in his eyes, the redness of his skin. he jabbed his fingers against his ill face once again, admiring the blood beneath separating; leaving each press to look as white as clenched knuckles.
the tumor inside alan grew. 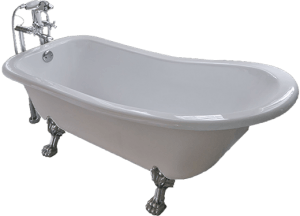